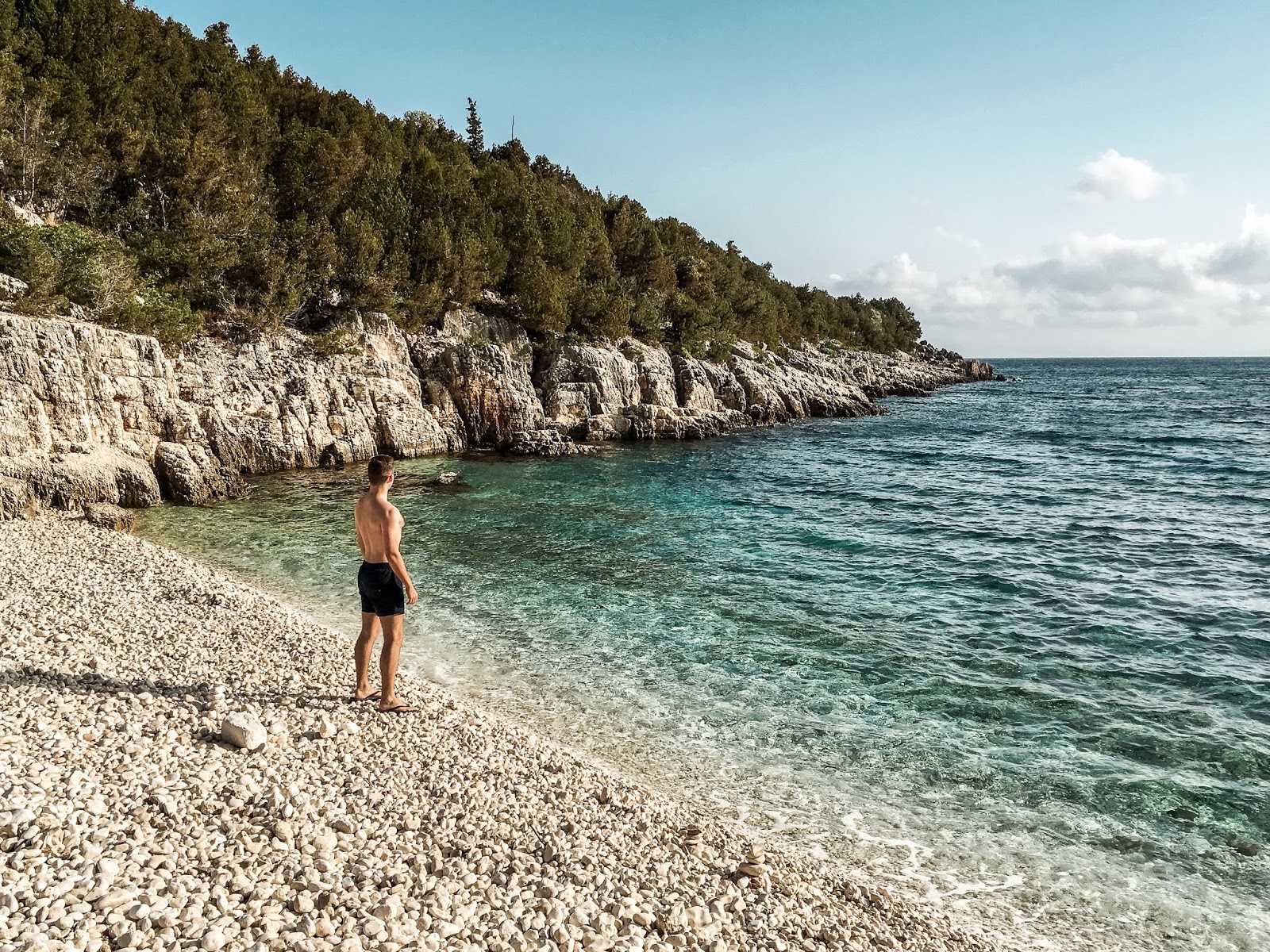 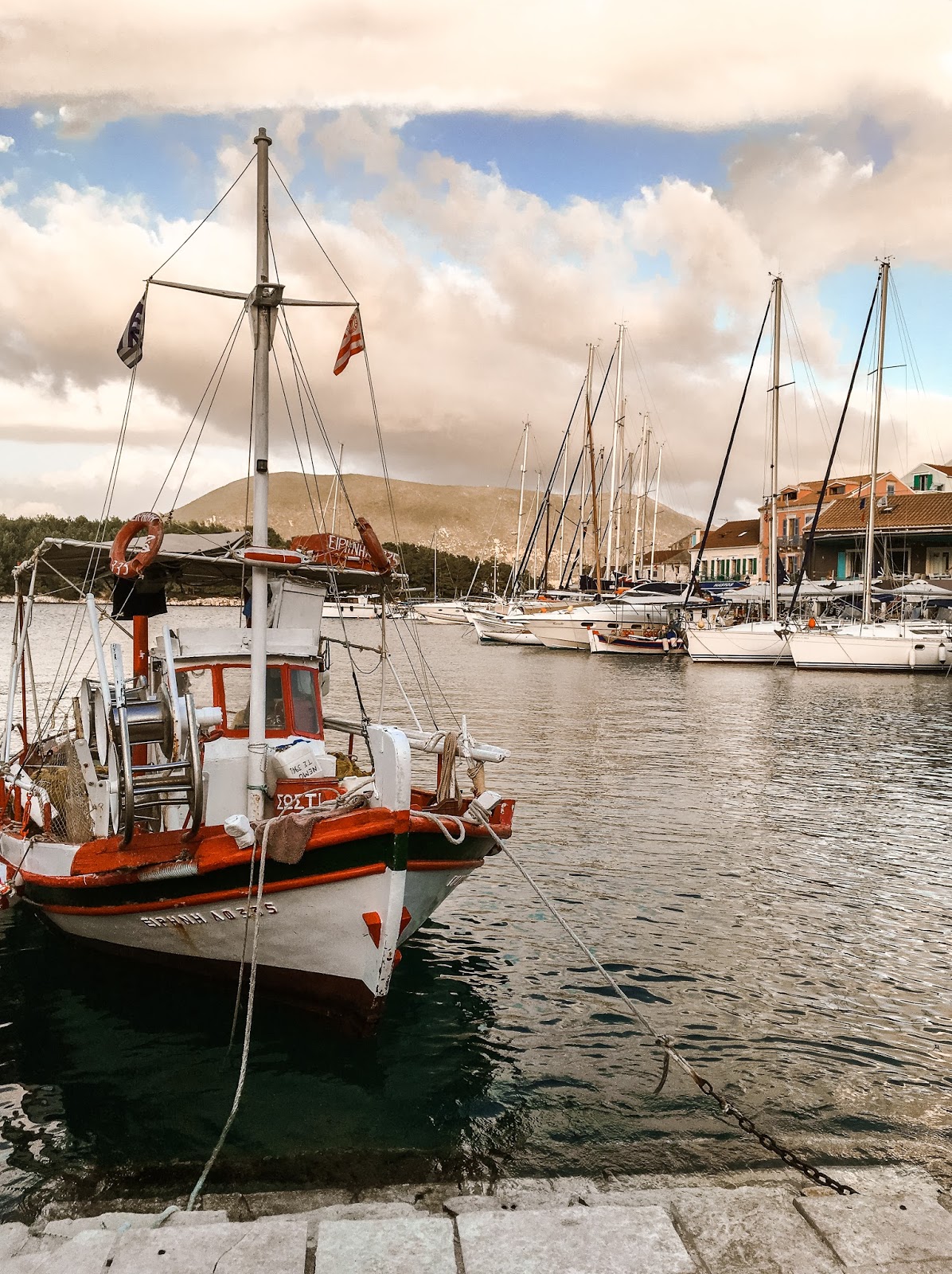 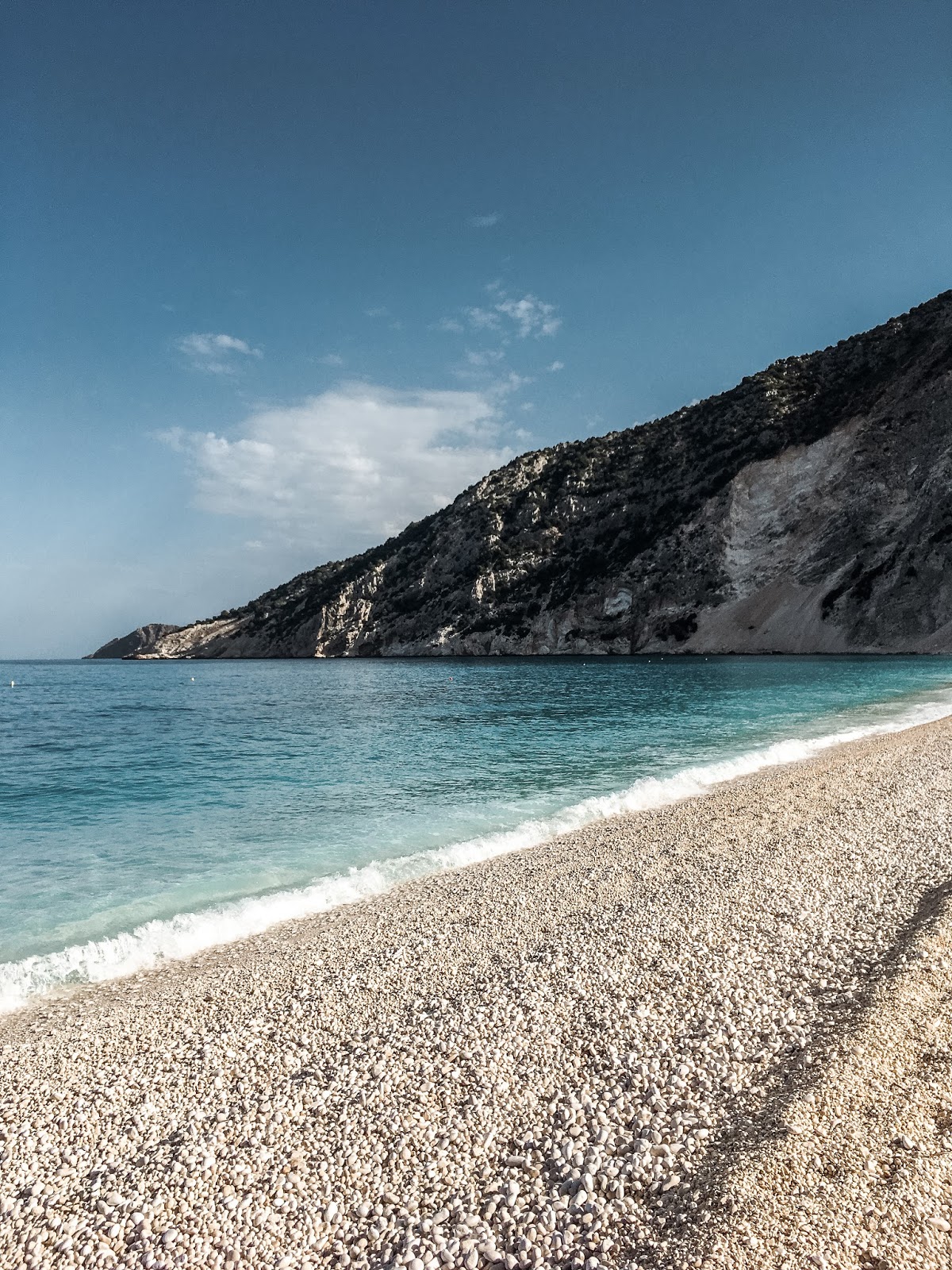 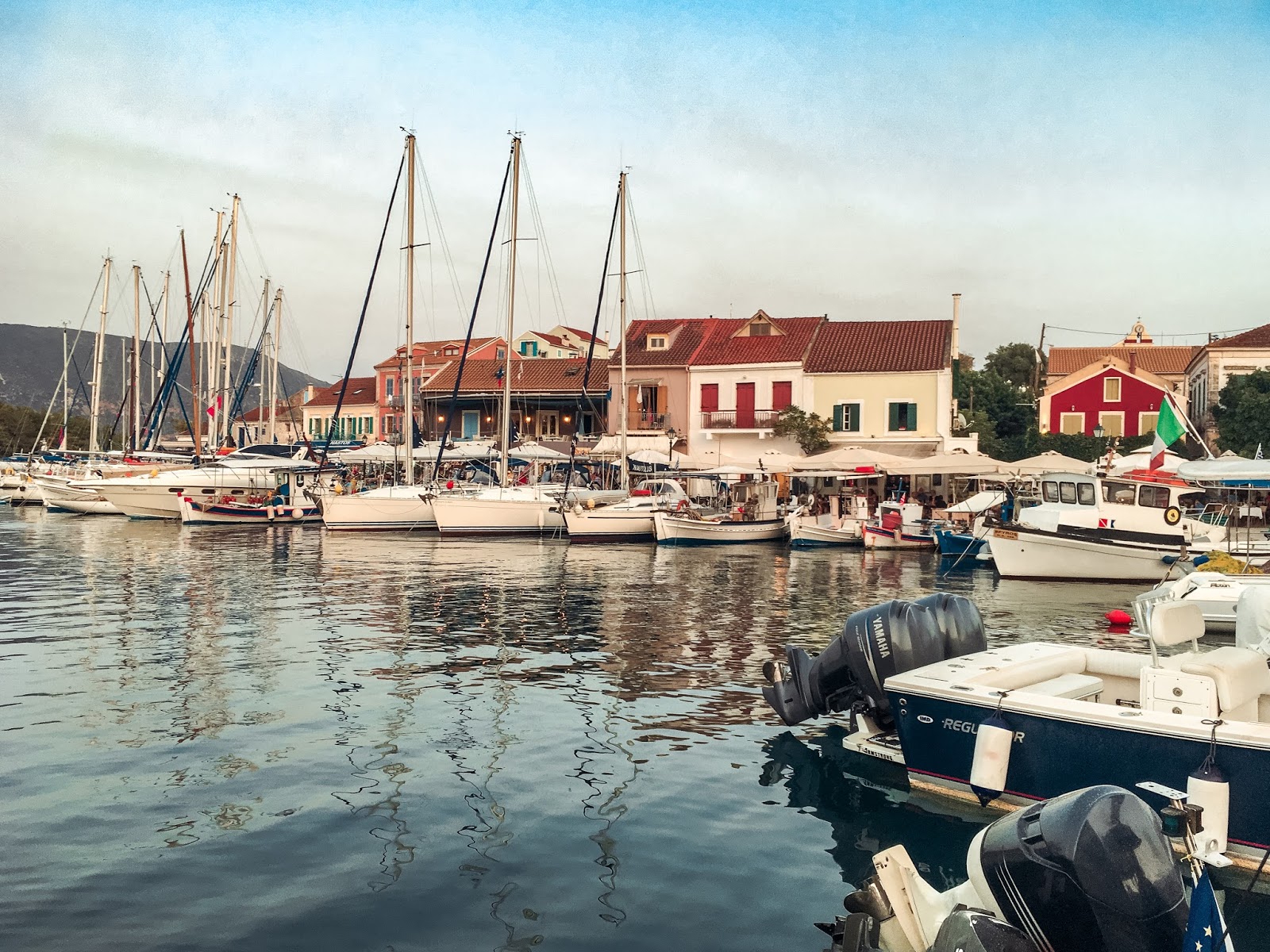 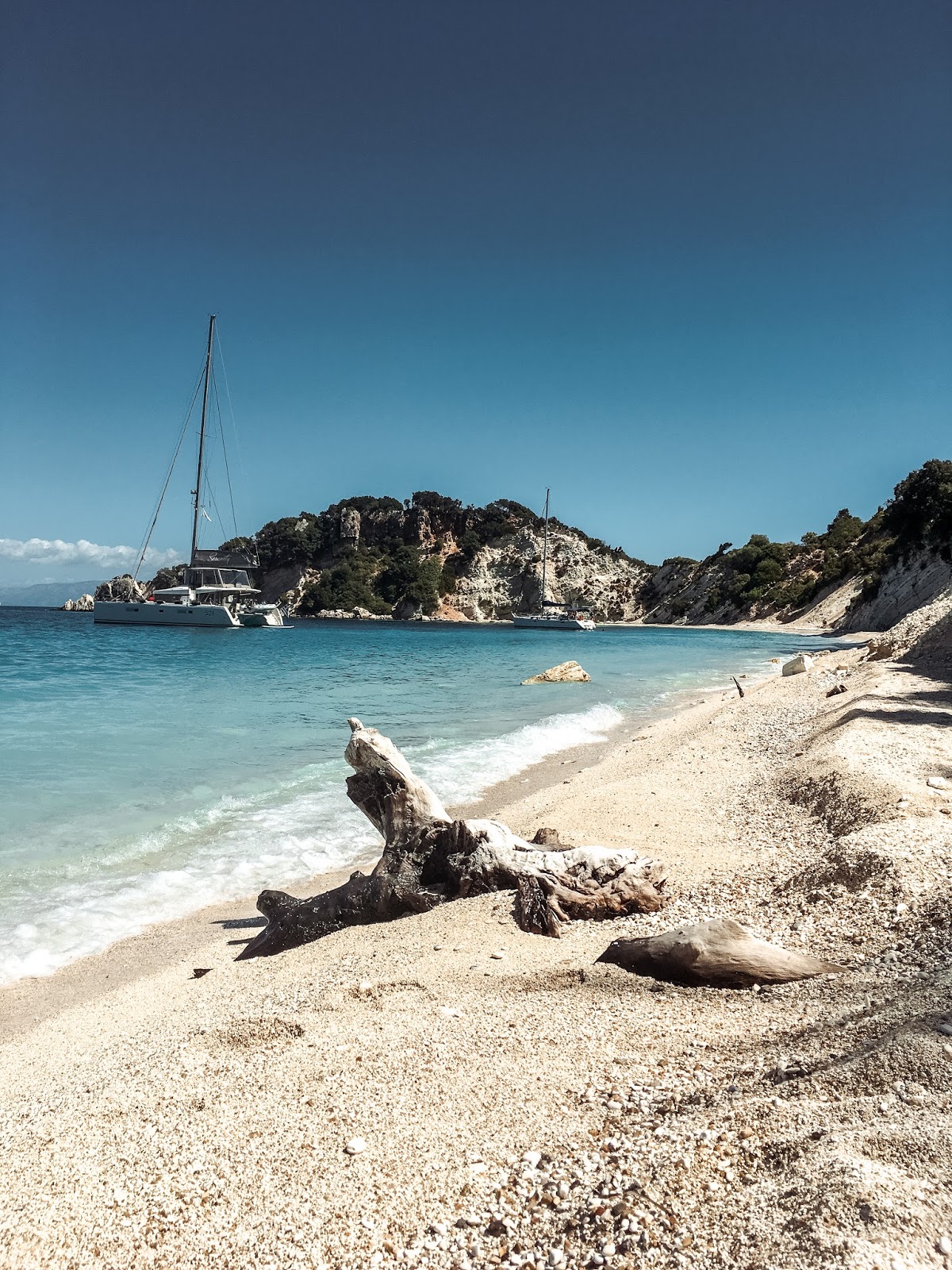 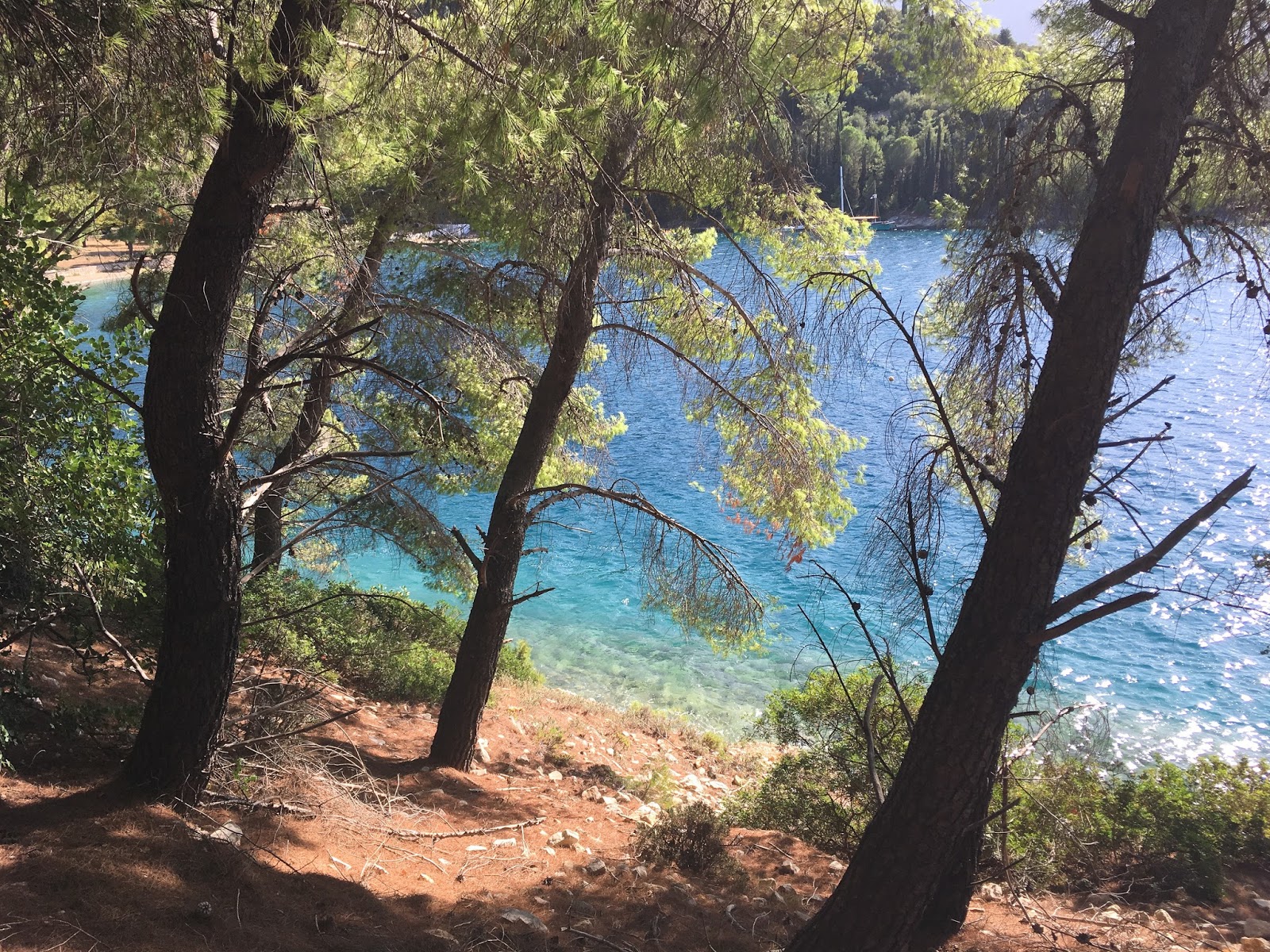 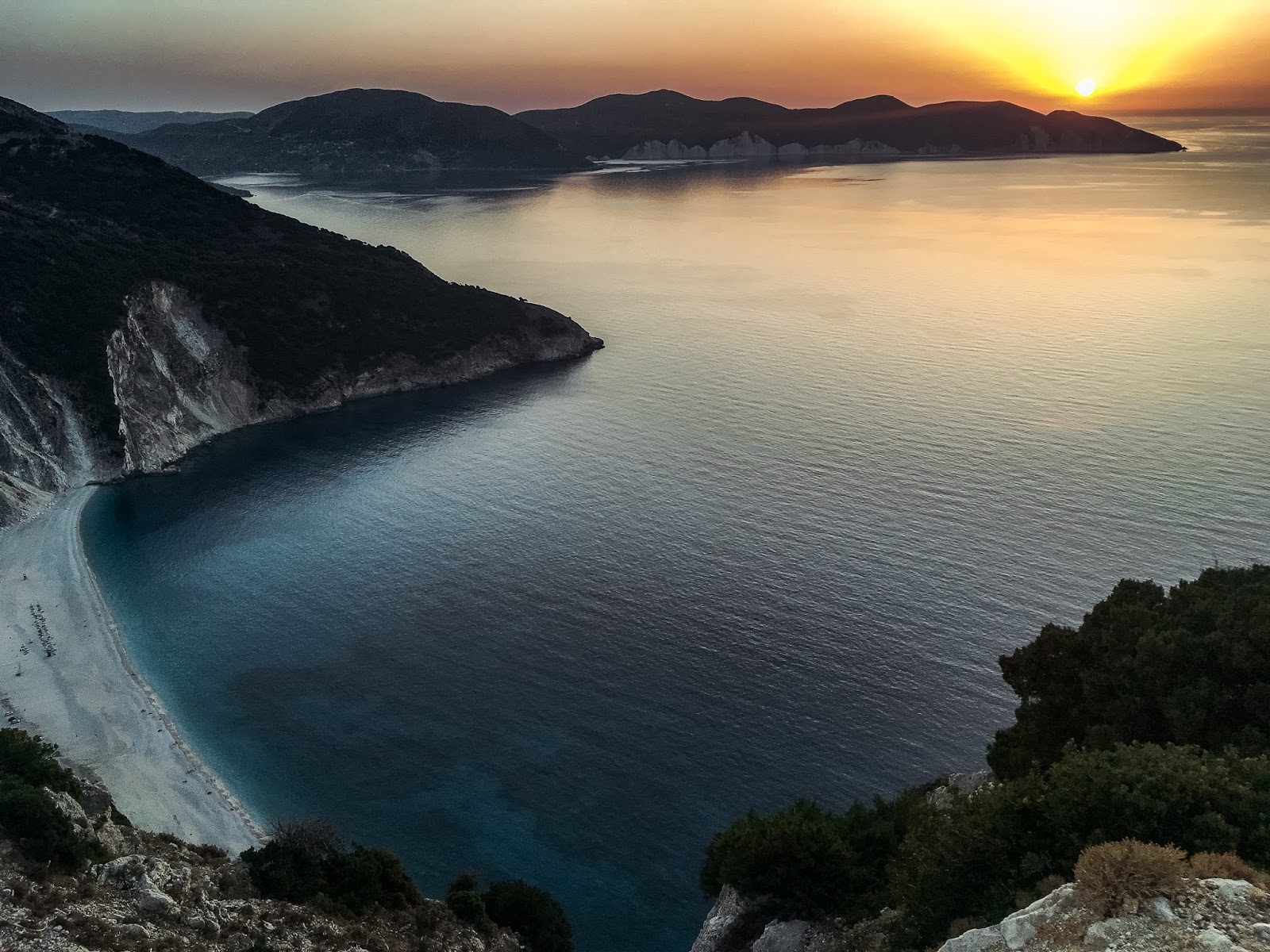 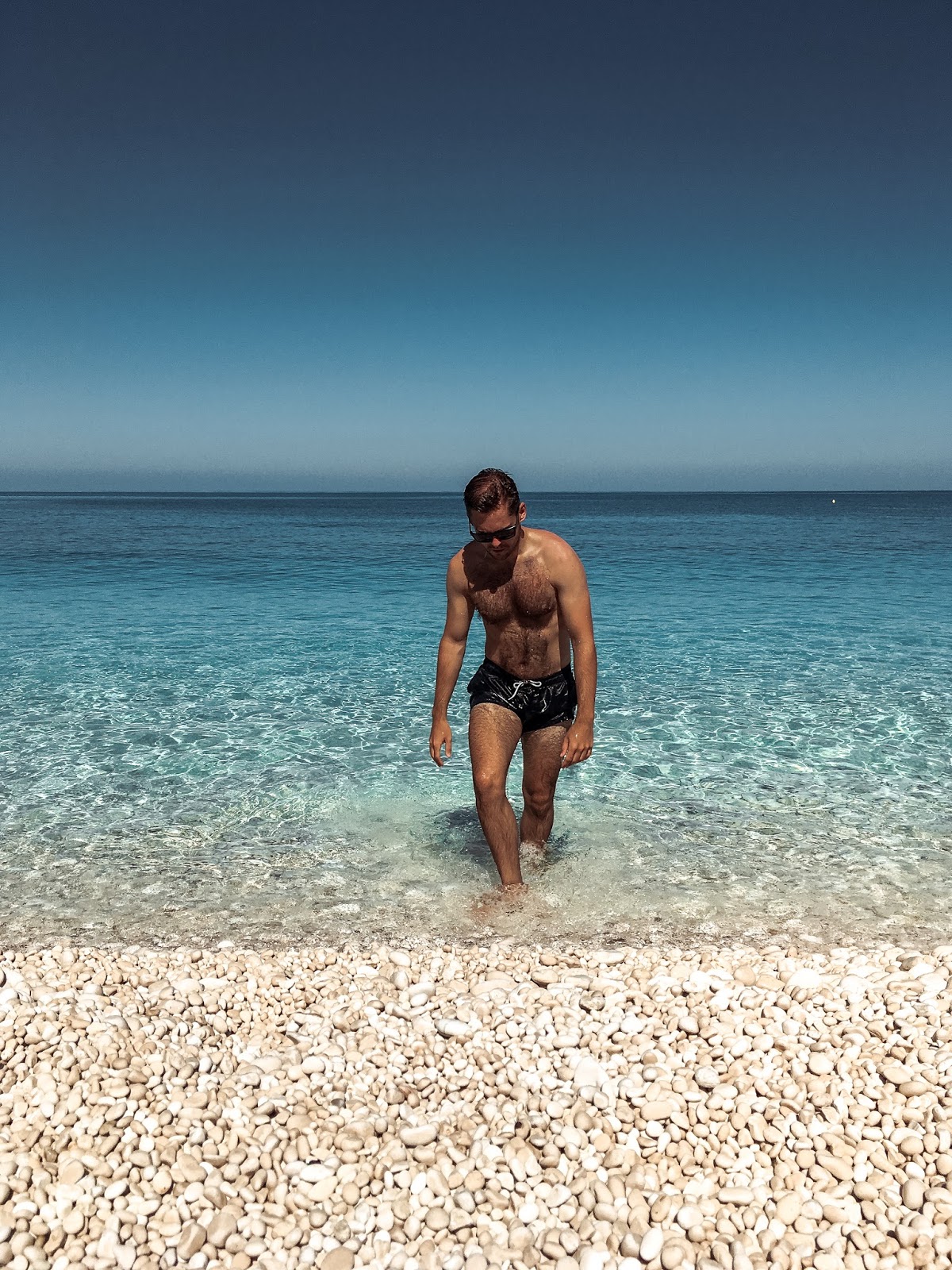 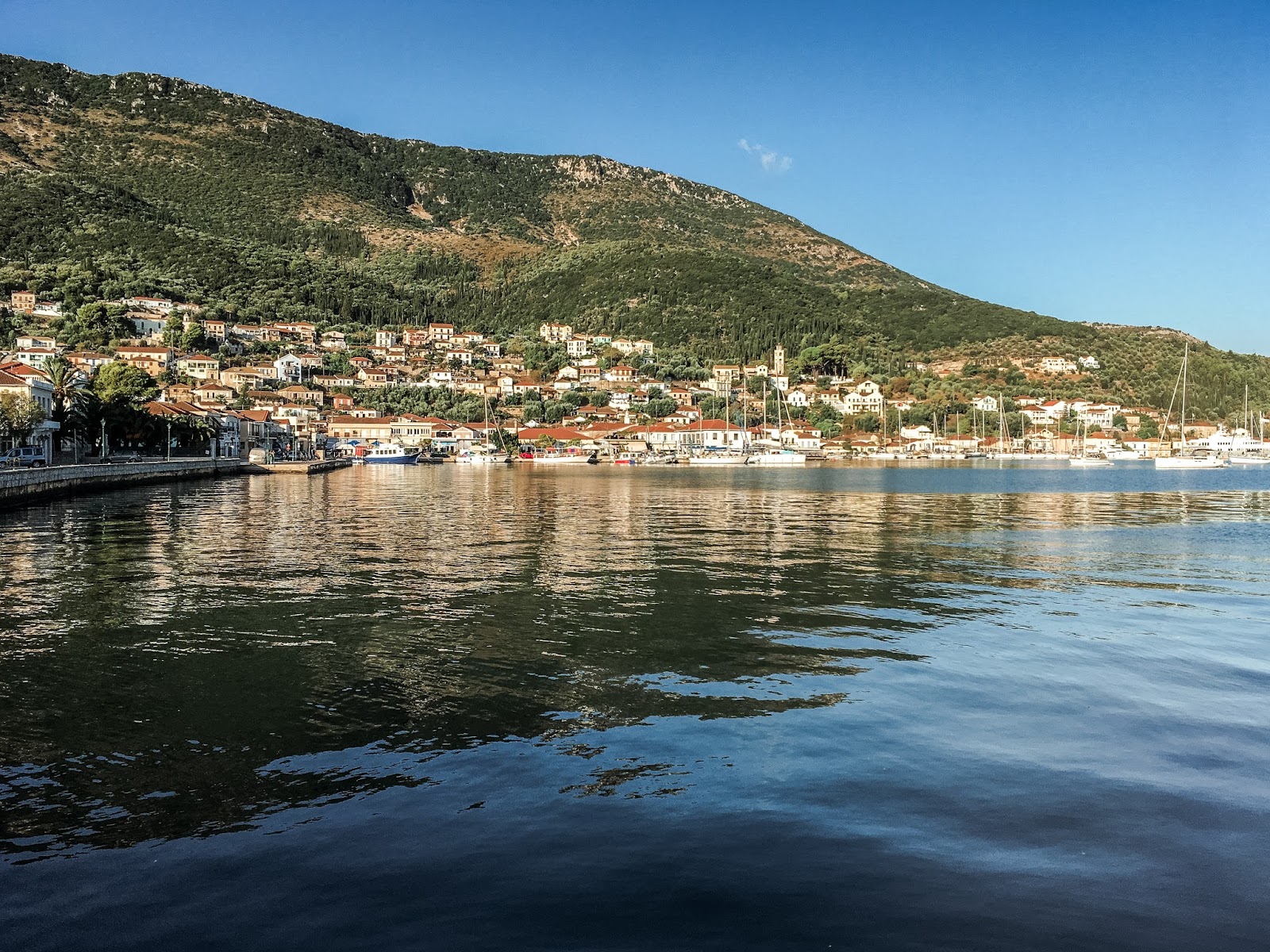 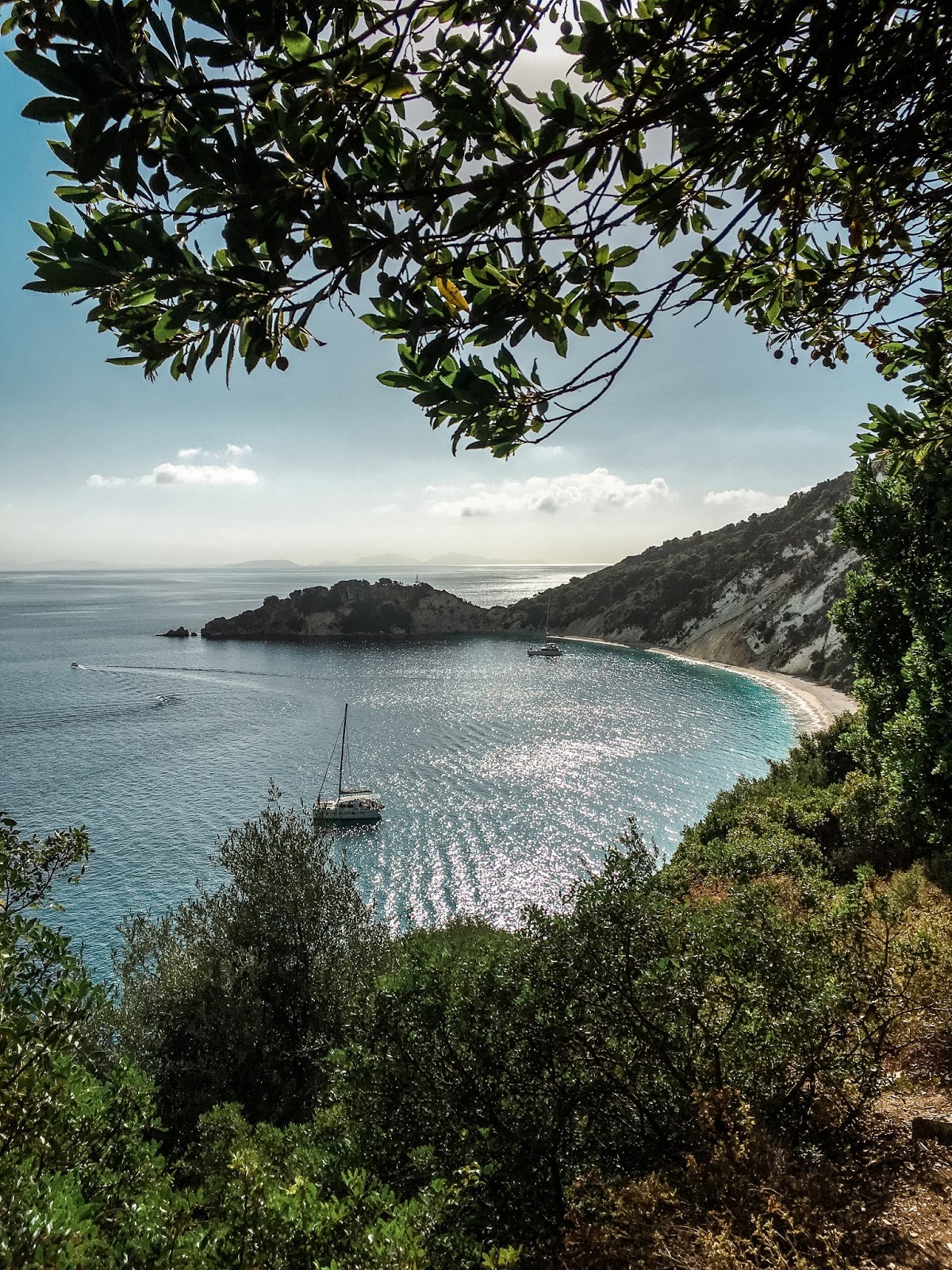 With hundreds of islands peppered throughout the Aegean and Ionian seas, each boasting countless pristine beaches and charming villages, Greece is one of Europe’s best-loved holiday destinations. From the glamorous Santorini and Mykonos to the family-friendly Corfu and Zante, it’s a destination that draws visitors from far and wide no matter what their ideal holiday entails. The problem, however, arises when it comes to deciding which island to visit.

After making the decision to head back to Greece last summer, I knew that I didn’t want to settle for just one island and instead opted to do some island hopping. However, with just two weeks assigned to the holiday, it was evident that this wouldn’t necessarily be easy. Step in Kefalonia and Ithaca. Just a few kilometres apart, the sister islands are connected by a short ferry journey (around 30-40 minutes) and thus allow for the comfortable exploration of two islands during one holiday.

The largest of the Ionian islands, Kefalonia is a beach lover’s paradise with around 40 to explore. From the world-renowned Myrtos Beach – possibly Greece’s most famous – to small, secluded bays, it’s an eclectic pebbly landscape. Picturesque harbour villages like Fiskardo and Assos further add to the coastal beauty while dramatic inland mountains make for some spectacularly scenic drives. Ithaca, meanwhile, offers a sleepier experience with a beauty that more than justifies Odysseus’ desperation to return.

Having spent two weeks exploring both Kefalonia and Ithaca, here is a suggested itinerary so that you can do the same, without all the hours of research.

Days one to four: Fiskardo

After touching down in Kefalonia, we picked up our pre-booked hire car from the airport and embarked on the 1.5-hour drive to Fiskardo. With decent roads and a new highway recently built, this was a stress-free journey and one that can easily be done after a short haul flight to the island. My advice would be to follow the signs rather than rely solely on Google Maps/Sat Nav as these haven’t yet been updated with all the new roads.

Located at the very north of the island, Fiskardo is a picturesque port village and Kefalonia’s most upmarket resort. We decided to start the holiday here as it sounded like it had the perfect blend of beaches, style and nightlife while also putting us in a good location to travel onwards to Ithaca. On arrival, we knew we’d made the right decision when we were greeted by a pretty little harbour lined with pastel-coloured houses, traditional Greek taverns and buzzing cafes and bars. It was the perfect base for a few days of exploring, venturing to nearby beaches during the day and making the most of the cocktail bars and eateries in the evenings. Some of the beaches, such as Emblisi Beach, are accessible by foot while others require a car or moped. Two of our favourites were Dafnoudi Beach and Kimilia Beach, both of which are located about a 15-minute walk away from the road/car park. If visiting Dafnoudi, there is a café called Picnic near the turnoff for the beach where you can get a decent lunch for around €5.

While I loved our time in Fiskardo, I feel that it proved to be the prime example of why I think it’s so important to move around during such holidays. It’s a beautiful village but, unfortunately, it has lost quite a lot of its local charm and morphed into a tourist spot that’s overrun by ferry passengers during the day and countless Brits sipping on espresso martinis at night. While I’m not complaining – we were two of those tourists, after all – I did find the places we visited later in the holiday to be a refreshing, more rustic contrast.

On our fifth day, we set off in the morning towards the port town of Sami, where the ferry from Kefalonia to Ithaca embarks from. The journey was only one hour but we stopped at Agia Paraskevi Beach for a while (I wouldn’t particularly recommend but it’s fine for a pit stop) as the ferry didn’t leave until the afternoon. Once at the port you can buy ferry tickets from an office located along the seafront by the restaurants and shops. Unfortunately, I can’t remember the name of it but it will be relatively easy to find with this information – we wandered all around the ferry port, car park and even up to the ferry before realising where to go. The ferry runs twice a day – once in the morning and once in the afternoon –  and embarks from the north end of the port. It cost us €50 for a return ticket for two people and a car. Once on Ithaca, it’s just a fifteen-minute drive to the island’s main town, Vathy.

Located in a picture-perfect sheltered bay, Vathy is more naturally beautiful than Fiskardo with rolling green hills lined with terracotta-roofed houses that lead down to an expanse of midnight blue water. Despite the docking of a few lavish boats in the harbour, the town also has a more rustic, local feel that’s reminiscent of Greece in the ’90s as opposed to today’s Instagram generation. Our meals here were a little hit and miss but our favourite was at Sirines, a traditionally decorated blue and white restaurant with a more diverse menu than other eateries. We tucked into pork tenderloin in a mushroom and mustard sauce with a delicious side salad of fresh green vegetable, figs, caramelised walnuts and sundried tomatoes. Two mains, the salad and two Amstel beers came to €40.

When staying in Vathy, it’s pretty essential to have access to a vehicle of some form so that you can venture to the surrounding beaches. One of our favourites was Gidaki, which can be reached either by boat or by driving to a small car park found just before Σχοίνος beach and then embarking on a 30-minute hike, which is worth it for the views alone. The road to the car park is a little precarious because the last section is loose gravel rather than tarmac but as long as you take it slow it’s absolutely fine. Once at the beach, you’re treated to a long stretch of glistening white pebbles and unbelievably turquoise sea. Aside from a few tours boats that came and went pretty sharpish, we shared the beach with only a handful of others for the day. Another pretty beach is Filiatro, which was much busier as you can drive directly there, but it still had an enjoyable, chilled vibe to it. Again, keep an eye out for signposts on the drive there as Google hadn’t been updated when we went and we ended up getting stuck in a dead end just outside Vathy.

On day eight, we headed back to Kefalonia and spent our final nights in the town of Agia Efimia. We chose to stay here because it was just a short drive from Sami, it was near to the renowned Myrtos Beach and it had lots of pretty beaches that could be explored by renting a boat for the day (read my blog post on hiring a boat with Boulevard Boats). The town itself is somewhere between Fiskardo and Vathy in terms of restaurants and bars with a mix of both upmarket tourist spots and low-key local places, allowing for an enjoyable holiday experience while still providing an insight into local life.

As well as being the perfect spot to rent a boat from, Agia Efimia also proved to be an excellent base as it allowed for day trips out to Myrtos Beach and Assos. With a mile and a half of gleaming white pebbles and striking turquoise blue sea, Myrtos lured us in from the second we arrived and we ended up visiting it twice, on one occasion driving up to the viewpoint to watch the sunset over the beach and its surrounding mountains. Assos, meanwhile, is a very pretty little town and worth a visit if you’re nearby. I wouldn’t, however, recommend staying there as it’s very small, the beach isn’t the prettiest and the steep drive down isolates it from the rest of the island. For another impressive sunset, embark on the long walk up to Assos Castle. Once at the top, you can take in the sun setting over the town and its surrounding cliffs before walking around the ruins of Kefalonia’s largest castle.

Agia Efimia: The Seasons of Nickolas, €169.20 for five nights

These all offered pretty simply, stripped back accommodation in good central locations. The Seasons of Nickolas was a stand-out favourite thanks to its huge room and lovely owners while Villa Romantza also provided an enjoyable stay. Mentor Hotel, however, was a disappointment because, due to the price and the fact that it was a hotel rather than self-catering, we were expecting it to be our most upmarket stay. In reality, it was quite the eyesore in the pretty bay and the rooms were very run down.

Rental car: €180 for the full duration of the trip

Brno Ossuary: One of the creepiest and coolest things to do in the city

Wadi Rum, Jordan: Everything you need to know

Soaking up the last of summer.

The beautiful streets of Girona were blissfully qu